Special Interest Group (SIG) Days have been re-introduced into the events calendar by the ASA in 2022, focusing on one stream over the course of a day with a networking function at the conclusion.

Join our four expert speakers rotating in a lecture and live scanning format throughout the day, showasing the latest in advanced Vascular ultrasound. 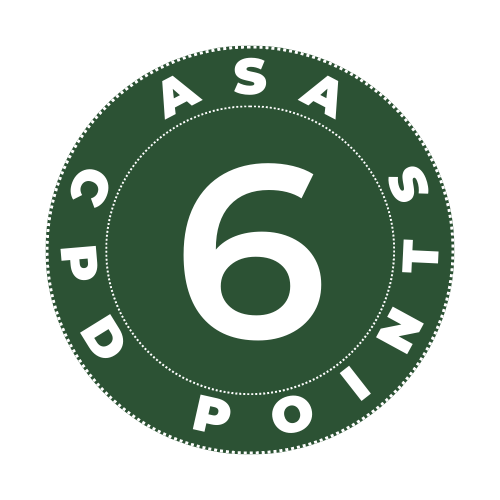 The Vascular SIG Day in Adelaide is brought to you by the ASA, in partnership with Philips.

Each speaker will present on their topic and include live scanning.

At the conclusion of the event, please stay and enjoy the networking session, including drinks and canapes.

Members must be logged in in order to register at the member rate.

ASA Member? Login to register at member discounted price of $199.00

Jacqui is the Chief Vascular Sonographer at Liverpool Hospital and Research Fellow at the South Western Sydney Limb Preservation & Wound Research Academic Unit.  Her clinical role in a teaching hospital which is also a Level 1 Trauma Centre sustains Jacqui’s love of high acuity, complex patient care and multidisciplinary teaching.  Her role as Research Fellow sees her working alongside clinician researchers from the Ingham Institute for Applied Medical Research and the research team at the Biomedical Engineering and Neurosciences Research Program at the MARCS Institute, Western Sydney University.  Jacqui is passionate about vascular sonography education and presents both nationally and internationally.

Daniel is Head Sonographer with Sunshine Coast Vascular. He completed his ultrasound training through the University of South Australia and has spent most of his sonography career working in Queensland and Western Australia. Daniel has a passion for vascular education with a particular interest in venous haemodynamics. He presents regularly at a local, national and international level, with regular work contributing to Rad-Aid's lecture series in Ethiopia. He is also a member of the ASA Vascular Special Interest group (SIG).

Matt trained as a Clinical Vascular Scientist in the UK where he worked with the Vascular Studies team at the Royal Free Hospital. After 5 busy years scanning, helping out with teaching and assisting in research conducted by the University College London, Matt made the move over to Australia in early 2017 where he now works at Camperdown Vascular Lab in Sydney.

Doona Oomens
Chief Sonographers-Western Sydney Vasular Services
Donna Oomens has been working as a vascular sonographer for 30 years and during this time has been involved at many levels with training and teaching. Currently, Donna is both an academic at Western Sydney University and Chief Sonographer for Western Sydney Vascular Services. Donna is currently working on a PhD around arteriovenous fistula ultrasound. Donna has remained passionate about quality performance in ultrasound and the role mentors play in this regard. Donna has presented at many ASA meetings nationally, as well as co-convening the 2018 ASA Conference and 2019 Canberra SIG. Donna has spent time overseas holding vascular workshops in Singapore and working in Pakistan to improve vascular ultrasound. Looking forward, Donna hopes to remain closely involved in training the talented sonographers of the future.

View in Google Maps
Other CPDs of interest
Our platinum partners